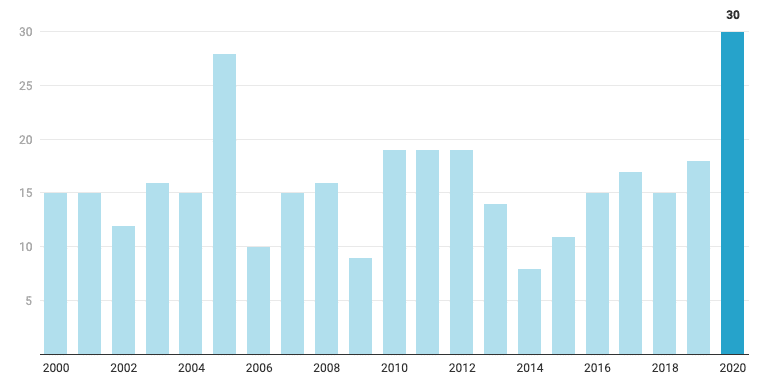 Major hurricanes are by far the world’s costliest natural weather disasters, and on this year, a new record of 30 named hurricanes and storms has been set. Damage totals in some cases has totaled over $100 billion.

And according to Yale Climate Connections, global warming is making hurricanes more powerful and destructive. Not only that, but in 2020, there were also more hurricanes and tropical storms.

2020’s hurricane season now holds the notorious record for the most named storms, with 30 of them which includes 13 hurricanes and 17 tropical storms. This exceeds the previous record of  28 named storms back in 2005. Twelve of this year’s storms made landfall in the US.

While the east coast got pummelled by hurricanes and tropical storms, fires devastated the West Coast. The August Complex Fire became the largest in California history, burning more than a million acres this summer. 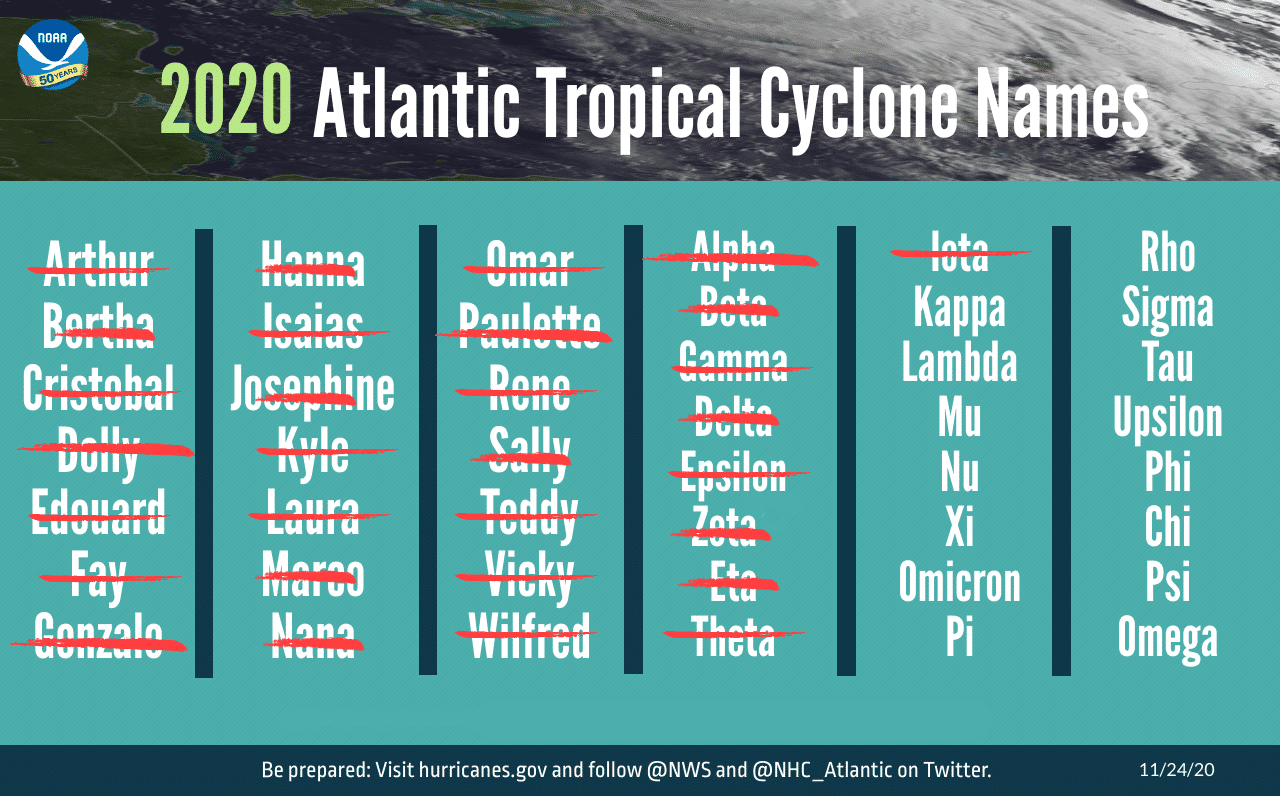 A 2013 study found a substantial regional and global increase in the proportion of the strongest hurricanes – category 4 and 5 storms. The authors of the study attribute that increase to global heating of the climate:

“We conclude that since 1975 there has been a substantial and observable regional and global increase in the proportion of Cat 4-5 hurricanes of 25-30 percent per °C of anthropogenic (human-caused) global warming.”

While category 3-5 hurricanes have increased in number, category 1 and 2 hurricanes have decreased.
The authors of the 2013 study hypothesize “We suggest that this [balance] arises from the capped nature of tropical cyclones to a maximum value defined by the potential intensity, which increases only slightly with global warming.”

Will Hurricanes Become More Common in the Future?

In short, various studies on this topic seem to give conflicting answers. A comprehensive study,  done in 2015, and a number of others suggest a general decrease in the overall number of tropical storms.
The theories behind this are complex and other studies suggest the opposite scenario, such as Emanuel’s 2013 study as well a more recent study from Kieran Bhatia of the NOAA GFDL which showed a global increase in storm frequency of 9% and a 23% increase in the Atlantic basin by the end of the 21st century.

In a 2015 paper using future model simulations, Knutson found an “increase in average cyclone intensity, precipitation rates, and the number and occurrence days of very intense category 4 and 5 storms.”

In a more recent 2018 study, Bhatia’s simulations show the intensity gains to be even more alarming. The HiFLOR simulations project the number of major cyclones (category 3, 4, and 5) to increase by 20% globally and 29% in the Atlantic by 2081-2100.

But HiFLOR suggests a significant increase in major systems even sooner. And the numbers really spike when looking at just category 5 storms, with an 85% global jump and 136% Atlantic basin leap.

However, this is a classic case of “better to be safe than sorry!” It behooves homeowners in hurricane prone regions to be prepared. And the simplest and least expensive way is with PlyFASTner Plus® Advanced Hurricane Protection system.

Shopping cart
There are no products in the cart!
Continue shopping
0